PAT testing is not a legal requirement but that doesn't mean portable appliances don't pose a risk in the workplace.

Portable Appliance Testing is not a legal requirement but that doesn't mean portable electrical appliances don't pose a risk in the workplace. In fact it is quite the opposite, we caught up with Senior Test Engineer and Thermographer, Ashley Boyce, who finds dangerous faults that put lives at risk on a daily basis.

Believe it or not this is a microwave being used in a kitchen in an office on a daily basis! It has not been cleaned regularly which means food has built up and it has caught fire destroying the microwave diffuser allowing uncontrolled microwave energy to emit from the appliance. Over exposure to microwave energy can be harmful. ;

2.No Fuse No Protection At All

The absence of a fuse in a plug or extension is really dangerous, as there is no protection at all from the electrical current. This can often be a problem with counterfeit fuses that are non-approved - it is important that the BSI approval kite mark is correctly in place. The fuse in this plug is not present offering no defence at all. ; 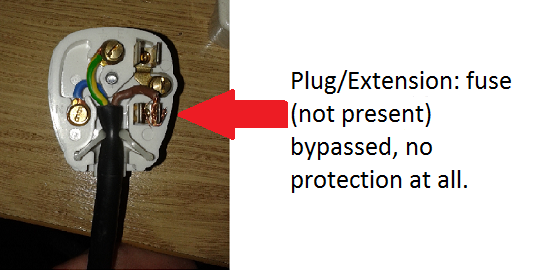 As you can see in this picture the wires inside the cable have been exposed. This is because the flex has pulled out of the retainer when moving, this should have been picked up during daily pre-work checks by user/operator. 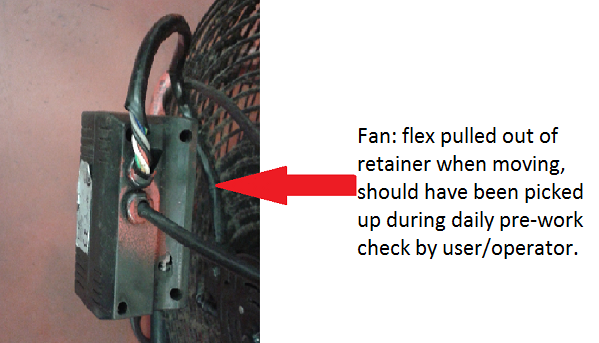 Intersafe are specialists in essential electrical testing including Periodic Testing and Inspection, Portable Appliance Testing and Thermal Imaging. If you have a question about electrical maintenance and testing or would like to arrange an appointment then call 02380 610101 or email stephanie@intersafe.co.uk